At 85 years of age, Richard is sharp as ever, doesn’t miss any numbers, continues to fly his plane and enjoys every minute of life, a true inspiration to all.

He is a constant sounding board for his daughter, Ruth Parasol and the entire Parasol International team. Always available to brainstorm on strategy, acquisitions and day-to-day operations through his rich experience, wealth of information and network.

Richard is a Holocaust orphan, self-made, highly successful businessman not only in real estate but also as a venture investor in several retail and telecommunication businesses. Richard is a tireless businessman, avid yachtsman and hi-flying pilot circumventing the globe in his own small jet.

His experience as a real estate developer and property owner spans decades, primarily in the multi-family arena. Over the past four decades, Richard has sponsored, developed, operated and financed thousands of residential units, many of which he continues to own as part of his own private family portfolio.

Born in Czestochowa, Poland in 1935, Richard Parasol was an only child within the Jewish middle-class Parasol family.

​His earliest years were wrought with the terror and loss surrounding the Holocaust. In 1941, at age six, his family was forced by the Nazis from their home and “relocated” to the city’s Jewish ghetto. By 1943 the ghetto’s population was diminishing as a result of famine, disease and liquidation to death camps and peril was imminent. Therefore, a plan was set into motion to smuggle the young Richard out and into hiding. 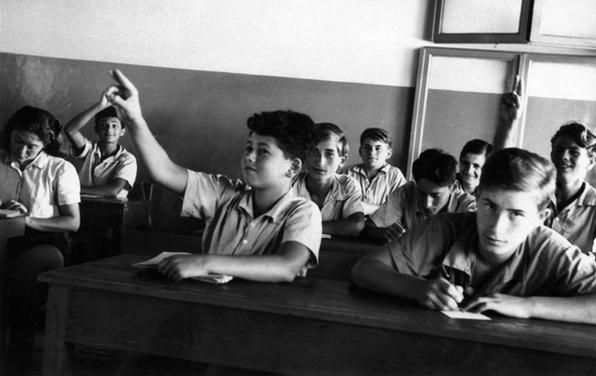 ​At age eight, Richard became a “Hidden Child” and it would be the last time he would see his parents alive. Under the care of a Polish Catholic family, Richard hid until the war’s end in 1945. By adolescence, he had witnessed and endured enormous personal tragedy, yet he was affixed to survive and move forward. Astray without family or resources, Richard began the arduous journey as an orphan-refugee that would lead him out of Poland, through continental Europe and into Israel.

This vast trek began as a displaced orphan child who alongside other orphan refugee children, was assisted in part by the JDC (Joint Distribution Committee) as well as other charitable organisations of the time. Life on the run seemed to come to an end in 1947 when Richard headed for Israel, first on the infamous ship Exodus which, despite months stuck on board, did not make it all the way and then later by trek in 1948 Richard was successfully able to enter Israel and began his life studying and working in the kibbutz, Ein Harod. Kibbutz life helped to support the young orphan carve a future out for himself.

​Richard began his military service in the IDF (Israel Defense Forces) in 1953. He rose to the rank of Army Artillery Officer and saw combat during the Suez Crisis of 1956. In the years that followed, Richard through the benevolence of a distant relative living in San Francisco, was able to travel to the US to study mechanical engineering at California Polytechnic State University (Cal Poly).

After graduating, Richard worked as an engineer for several years, then left and used his hard earned savings in 1964 to start buying and selling apartments in San Francisco. By 1976 Richard was a successful real estate developer of apartments and office buildings, managing a significant portfolio of industrial and commercial projects. This career spans five decades and several US states: California, Colorado, Nevada, and Washington State. His most significant projects include developing over twenty-five large-scale FHA (Federal Housing Administration) housing complexes.

Richard’s entrepreneur spirit carried over into other businesses both small and large including restaurants, clubs, medical devices and telephonics. While Richard attributes luck in part to his success, he also notes that his ability to delegate and manage have played a useful role in achieving his goals. One may also point out, that Richard’s ability to stay cheerful and cultivate long-term friendships and business relationships has enabled goodwill and success in all aspects of his life.

He lives outside San Francisco and is married to his first wife from Sweden, Guna, is the beloved father of three, adored grandfather of eight and life-confidante’ to many men and women young and old.

Richard Parasol is an avid boatman and passionate aviator and has even flown his small jet around the world. Wherever he ventures, he seeks to make a difference and is a role model to both young and old, the talk-to-the-person next to you, make a new friend every day and never say never spirit.

At the young age of 85, his energy, kindness, and drive are both infectious and motivating.